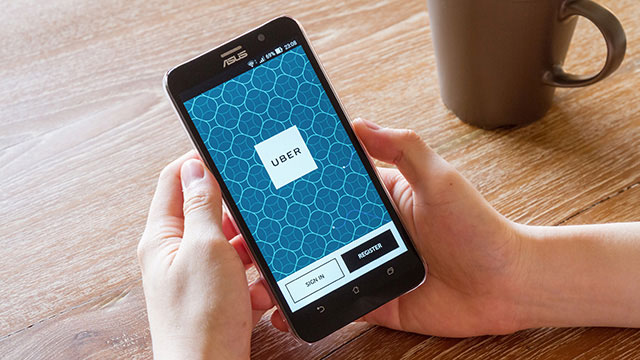 Uber and Lyft continue to gain popularity as on-demand rideshare services. With more Uber and Lyft cars on the road to meet growing demand, accidents involving drivers and even Uber lawsuits are becoming more commonplace.

These companies provide an app that allows users to request a ride using their smartphone. The passenger can even see an estimate of the fee for the trip to their destination directly through the app.

Hiring an Uber or Lyft driver works like a taxi service – – – the passenger gets a ride to their destination for a fee based on the distance and time of the ride. Unlike a taxi service, the driver is using their own personal vehicle and not a vehicle provided by the company. Payment is made through the app so the passenger and driver never have to exchange cash and deal with calculating change.

In most cases, hiring an Uber or Lyft driver works smoothly. However, when things go wrong, it can be complicated to understand from a legal perspective.

Some car insurance policies have exclusions for using the car to transport passengers for a fee. If the Uber driver doesn’t have the right type of insurance coverage, it might not cover cars that are damaged and people that are injured.

Underinsured motorist coverage will cover the injury claim of a passenger when the other vehicle has insurance, but that insurance is inadequate to cover all of the passenger’s damages.

Uber drivers filed a class action lawsuit against Uber in 2014 in federal district court in California. The drivers claimed that they should be compensated for certain expenses and that Uber improperly told Uber passengers that the gratuity was included, resulting in lost tips to the drivers.

In 2016 there was a proposed settlement of $100 million, but the Court declined to approve the settlement. The case was still pending as of the date this article was written.

Uber has attempted to prevent passengers from filing any lawsuit against Uber for injuries caused by an Uber driver. Users agree to certain Terms of Use when accessing or using the Uber services. Those Terms of Use include an Arbitration Agreement. In essence it provides that Uber users give up their right to have a dispute with Uber decided by a jury trial and must submit the dispute to arbitration.

The arbitration must be administered by the American Arbitration Association and the arbitrator must be a retired judge or California lawyer that is on a list of approved arbitrators. The decision of the arbitrator is final and binding with no appeal provision.

Arizona is among several states that have enacted new laws relating to Uber and similar rideshare services. The Arizona law, enacted in 2015, requires Uber drivers to have at least $250,000 of liability insurance coverage when they have a passenger in their vehicle. The law also requires companies like Uber to conduct background checks on its drivers.

The new law does not address every legal issue that may arise when Uber drivers cause accidents. Some of these issues will need to be answered on a case-by-case basis. Uber passengers who are injured in an accident may be wise to seek the advice of a personal injury lawyer familiar with the laws relating to Uber and similar ride-sharing companies.