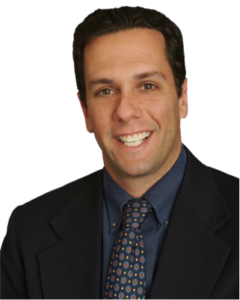 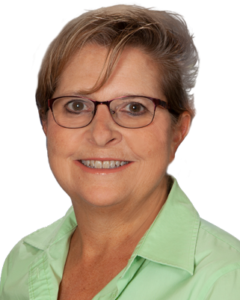 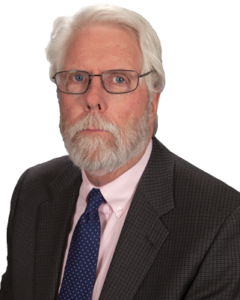 Allen Bucknell is the managing attorney of the Phoenix Litigation department. In this role, he handles cases usually involving catastrophic injuries or death where a lawsuit has been filed and the case is progressing toward trial.

Mr. Bucknell was born and raised in Belleville, Illinois, a suburb of St. Louis. While in high school he became deeply involved in the interscholastic debate. During his senior year in high school, he set a variety of school records and he and his partner finished fifth in the state tournament. He attended the national speech and debate tournament.

Through his skills in debate, Mr. Bucknell earned a full-ride debate scholarship at Eastern Illinois University where he participated on the debate team for four years. In his senior year, he won several debate tournaments and finished fifth in the national debate tournament after being knocked out by Georgetown University. Mr. Bucknell’s involvement in debate helped him develop organizational and oral advocacy skills necessary to be an effective litigator. He graduated from Eastern Illinois with a B.S. degree in finance.

Mr. Bucknell attended law school at the University of Illinois. He was an editor on the law review and graduated in 1982.

After graduating from law school, Mr. Bucknell moved to Phoenix, Arizona. He appreciated that Phoenix was a rapidly growing metropolitan area and was in close proximity to backpacking and the camping opportunities which he loved. He has backpacked in the Grand Canyon 15 times.

Initially, Mr. Bucknell joined a large business firm in downtown Phoenix. He worked in the insurance defense litigation section and started his trial career. After three years, he moved to a small growing insurance defense work firm where he successfully tried many cases for insurance companies.

Mr. Bucknell, however, was not happy working on the insurance defense side of the practice. On many occasions, he felt that deserving personal injury victims received less money than they should receive. Consequently, in 1989, he joined the Phoenix office of Jacoby and Meyers as their head litigator. Since then, his law practice has been devoted exclusively to representing injured victims in personal injury and wrongful death claims.

In 1992, the Arizona State Bar recognized Mr. Bucknell as a Certified Specialist in Injury and Wrongful Death Litigation. To achieve this distinction, Mr. Bucknell had to pass a written test, show exemplary performance in at least 10 jury trials, and receive positive peer reviews from opposing counsel and judges. At the time, Mr. Bucknell was the youngest Injury and Wrongful Death specialist in the State of Arizona. Mr. Bucknell’s certification has been renewed every five years to date. Fewer than 200 attorneys in Arizona have this certification.

In 1996, Mr. Bucknell joined Goldberg & Osborne to manage their Litigation Department. He has continued in that role for the last 25 years. As manager of the Litigation Department, he and his staff handle cases that are unlikely to settle and will require active litigation and a probable jury trial. He has successfully tried a large variety of personal injury cases including motor vehicle collisions, premises liability cases, products liability cases, medical malpractice cases, and dog bite cases. Mr. Bucknell excels in handling unusual fact situations that require innovative approaches in novel areas of the law.

One example is a case that Mr. Bucknell handled against a group home sponsored by Arizona’s Child Protective Services.  Mr. Bucknell’s client, a ten-year-old boy who had been placed in state custody, was living at this group home. The director of the group home took the eight residents on a hike up Piestewa Peak. The director negligently led the group off the trail to explore other parts of the mountain.  Mr. Bucknell’s client was placed in a dangerous position and fell off a 50-foot cliff sustaining a serious traumatic brain injury. Although the boy survived, he had significant behavioral and cognitive deficits. Mr. Bucknell successfully prepared the case for trial and it settled on the first day of trial in a confidential arrangement that resulted in the boy receiving substantial compensation.

Another example is a case Mr. Bucknell tried against a Las Vegas casino. His client had a heart attack while at the casino. Casino security officers failed to provide CPR and AED as they had been trained to do. Although the client survived the heart attack as a result of the delay in treatment, he suffered serious brain damage. The casino vigorously defended the case and never made any substantial settlement offers. Mr. Bucknell was the lead attorney at the trial that resulted in a $1.6 million verdict. The casino appealed and eventually the Nevada Supreme Court affirmed the jury’s verdict. With the addition of sanctions, the eventual award was more than $2 million.

These are only two examples of countless cases that Mr. Bucknell has handled and achieved justice for his clients. He prides himself on his ability to quickly analyze difficult and complex cases. He believes the most important aspect of his practice is communication with his clients and making sure that they are fully informed in all aspects of their case. His prior experience in the insurance defense industry and reputation in the legal community allows him to work with the insurance companies to make every effort to resolve the case before resorting to trial.

Mr. Bucknell is married and has three adult daughters of which he is very proud. In his limited spare time, he enjoys camping, backpacking and is an avid fan of the Arizona Diamondbacks, Phoenix Suns and Arizona Cardinals.

Our Clients Love Us
Over 1,700 5-Star Google Reviews